Get the latest information & news from the industry...

Sony Pictures hack attack seen as one of worst ever 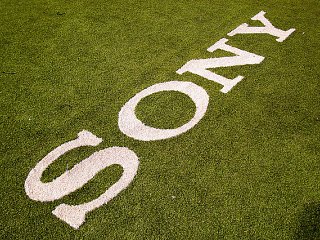 It's being called "Sony-pocalypse", an enormous hack of a major Hollywood studio in which films due for release have been swiped along with famous actors’ social security numbers and memos from executives.

The target was Sony Pictures, a unit of the Japanese technology giant Sony and based in California, where it produces films as well as television programmes. It's believed a hacking group that may be based in North Korea got hold of personal information of 47,000 employees and actors, including action hero Sylvester Stallone. The cybercriminals managed to gain access to the studio's computers and after retrieving the files posted on Pastebin, a file-sharing site.

Among other revelations from the hack attack was the pay of top Hollywood actors, notably Seth Rogen and James Franco who allegedly received US$8.4 million and $6.5 million, respectively, for their work on the North Korea film The Interview, a comedy about an attempt to assassinate the country's young leader, Kim Jong-un. It’s due for release in the United States on December 25 and in Europe from February.

Sony Pictures has been left so devastated by the attack – including the possibility of far lower revenues from its upcoming multimillion-dollar films that have been stolen as they may be leaked onto the internet and viewed for free – that the FBI has launched an investigation and has issued an alert to companies everywhere to be on the lookout for the kind of malware that got into Sony’s systems.

The attack comes at a time of increased vigilance among anyone storing sensitive data, either on their own computers or networks or in cloud-computing services, which have been enjoying an explosion in popularity. Various hacker groups have targeted all kinds of online operations in recent times, including large ecommerce companies that store confidential information about their consumers and suppliers, including such financial data as credit card numbers.

Indeed, the Sony hack was so gargantuan – it’s believed over 100 terabytes of data was pinched – that it may take some time before the company is able to fully realise the extent of the breach, according to security experts. Other information lifted included credit card accounts, social media passwords and various forms of corporate research. Sony Pictures has described the attack as a "malicious criminal act" and said it was “very sophisticated”.